Have a seat and
join the conversation 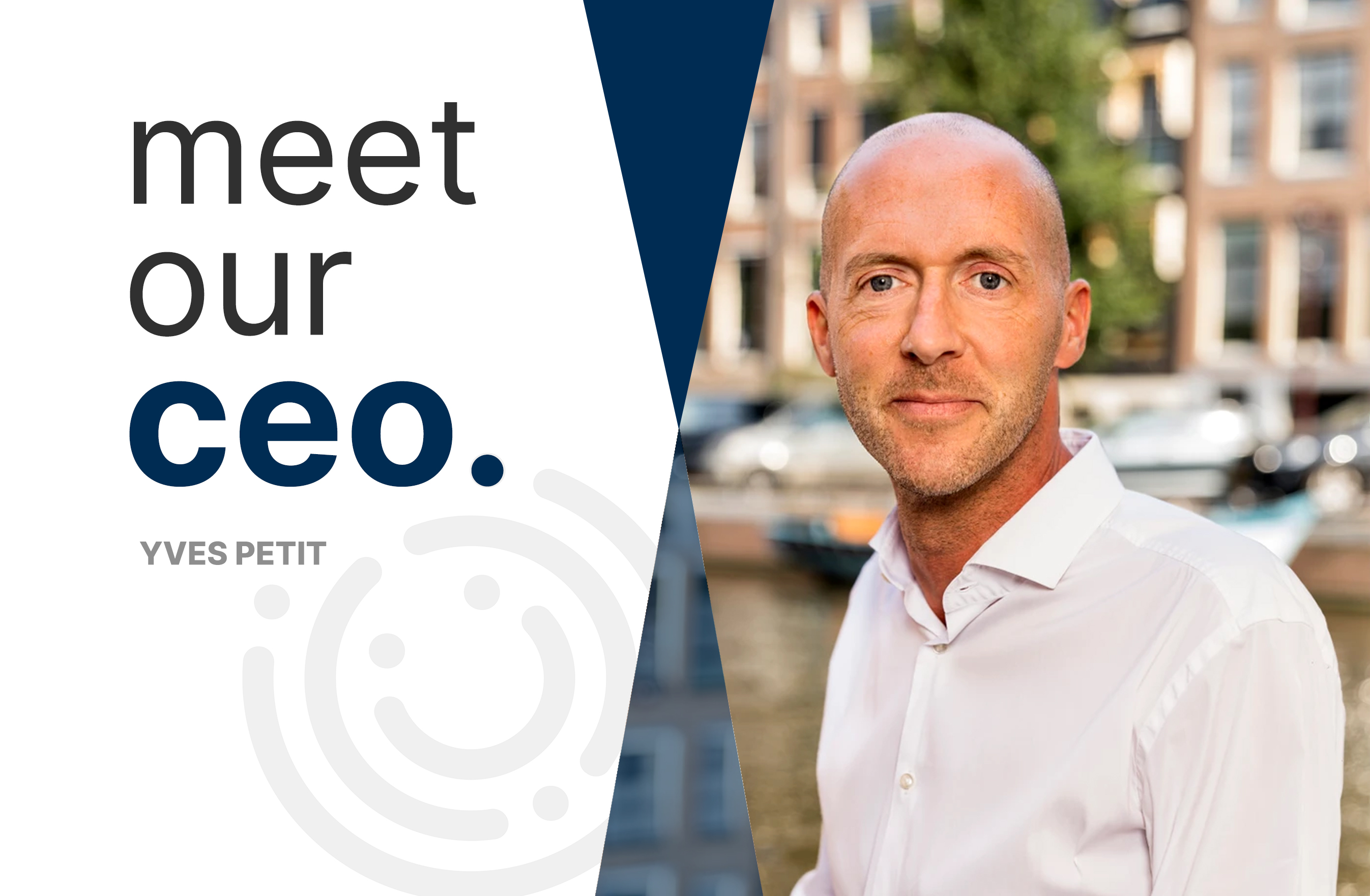 No, his name is not Roger, unfortunately. That would've been impressive though.. He goes by the name Petit. 'Yves' Petit: the man, the legend, the one and only, co-founder and CEO of Meet Roger! There, we've earned enough credits for this week 😁

Yves lives in Antwerp and is a serial entrepreneur, intrapreneur, board member, investor and advisor in the European tech space. He joined Meet Roger as CEO in November 2020 and immediately brought relentless drive for innovation and passion for HR-tech to his role. With a crystal clear vision for the future, he is keen to unleash a revolution in employee communication for companies around the globe.

In the past, Yves was co-founder of SPYKE Productions, a UK-based media brokerage company creating the first broker platform for music recording contracts in the early days of the Internet. After its exit, he took on several roles as Business Development Manager at Alcatel, General Manager at Technicolor and Vice President at Commscope, a 10,000 people strong market leader in connectivity for the world’s most advanced networks, and co-founder of two startups in the telecoms space.

Today, Yves is - among others - Venture Partner at Volta Ventures, a seed and early-stage Venture Capital fund for software startups in the Benelux. A role he actively combines with assisting promising startups - and entrepreneurs - in software, real-estate and design. As an advisor, board member and/or private investor in several portfolio companies.

"While I've also had several roles within large enterprises, my greatest passion has always been guiding startups. Transforming a simple idea into an international success story is what truly fuels me as an entrepreneur and a person. This was definitely also the case for Meet Roger. When I first saw the product and the effect it can have on a company and its employees, I was immediately triggered. During my days as a corporate executive, my number one objective was always to get all noses in the same direction. Meet Roger is the perfect enabler for that, so I regret that I never had such a tool to my disposal in the past. It truly is a must-have for every people-oriented manager or organization."

Yves’ ambition for Meet Roger is strong: to evolve from a strong scale-up to a global market leader in its niche.

"Meet Roger is a powerful and unique tool that can help blue-collar driven companies enormously in optimizing their internal communication processes and boosting work floor engagement. 80% of the global workforce consists of deskless workers, yet only 1% of all software venture capital is being invested in technology to address their needs. It is very much needed, and its potential is enormous."

In order to strengthen his belief in Meet Roger, Yves not only took on the role of CEO, but also invested financially to enable further international growth. Now that's what we call a dedicated bossman! 🚀

The only thing left to do, Yves, is to officially change your name to Roger.

🚚 we chartered a truck
🛋️ we dressed it up with cosy furniture
💨 we drove it to our customers
💬 we invited them down, to have a chat in our sofa!

"Thanks to Meet Roger, our employees are always the first to hear about all company news, important decisions and safety updates". Watch the full video here!

"Meet Roger gives us the ability to reach the right specific group of employees, for each specific subject. Instead of sending the entire organization an email or a letter, we are now more agile, quicker and more sustainable in communicating the right message, at the right time, to the right target group". Watch the full video here!

"COVID-19 was a wake-up call for us. We realized that we not only need to inform our people but also have to connect them. With each other, but also with the company. Meet Roger allowed us to communicate in a totally different way". Watch the full video here!

Let's have a chat!
Book your free demo and see how Roger works.
No strings attached!